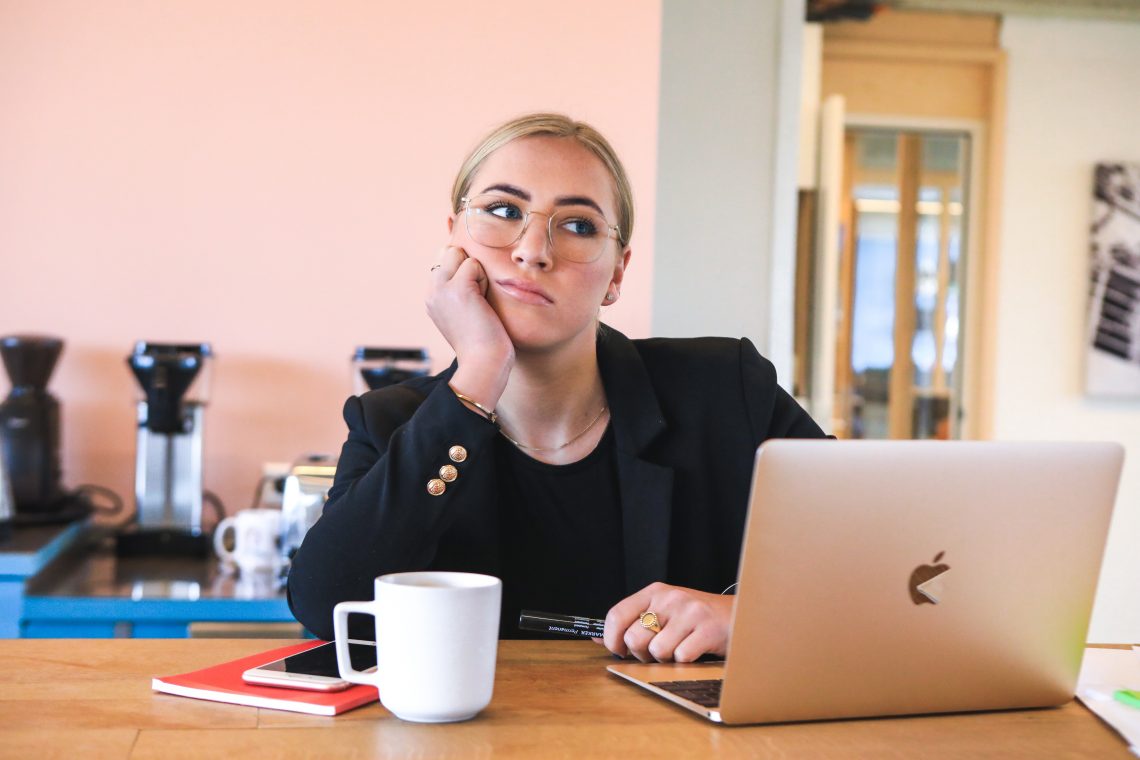 Back in 2014, I was a CEO and my net worth was over $1,000,000. Owning multiple websites, a marketing business and doing a lot of public speaking, consulting and charity work saw me achieving my goals and in a good financial position. So how did I lose it all and have to start over?

In 2013, I got divorced. Australian law means you have to be separated for 12 months and 1 day before you can apply. It was a messy divorce because of domestic abuse, so there was a protection order in place and a lot therapy needed for my daughters and I.

The divorce part was easier because I had a protection order, our daughters lived with me and the judge was satisfied with the arrangements. However, custody was not finalised at the time. Instead, I was advised to hold off on applying for that immediately as even with the abuse, 50/50 care was the most likely outcome.

In 2015, I needed passports and he wouldn’t grant them. Which meant, I had to apply for custody. This was just one part of a few bad decisions and circumstances.

In 2015, I became paralysed, had multiple surgeries and in the middle of it all, tested positive for cancer of the bladder. I had polyps removed (and have had a few surgeries for this since then) but all is ok. For 7 months, I had excruciating pain and paralysis on and off making life extremely difficult.

Much of my work was able to be done from home but it suffered. If I spoke at an event (using the prescribed pain killers and nerve blockers), I would be out for 3 days after because of pain and paralysis.

Ill health took a massive toll on my body, along with the expense of custody.

Moving and Trusting the Wrong People

At the end of 2015, my health was improving but my finances were in a terrible state. We moved to Melbourne as my then live in boyfriend got an amazing job. He had been unemployed throughout 2015 so this was huge for him.

He moved a few weeks before us, then right as I was meant to be moving and had sold off everything, made all the arrangements, he decided we couldn’t live with him. With severe mental health issues and addictions (which I was unaware of at the time), he kept changing his mind. I made other accommodation arrangements but we ended up back together.

Trusting him was possibly the stupidest thing I have done and it cost me a fortune. We had gone halves in a car but it was only in his name. He sold it and never gave me my half. Everything about his life was more important to him than the needs/wants of my kids and I.

Despite promises of things being even and him providing more since I had financially provided for us the whole of 2015, he didn’t. We called it quits later but it was a messy, co-dependent relationship. His addiction to alcohol, cocaine usage and anxiety issues were horrendous.

To be clear, he was nice in the beginning and seemed to have it together. He had a great job, nice friends, played sport etc. As time went on, his true personality came out but because I had left an abusive marriage a few years before and my kids were attached to him, I tried to make it work.

When we broke up, I was done with men. I was also financially devastated and still in the middle of the custody battle with my ex husband.

7.5 years after I left, I was finally granted full parental responsibility of my daughters. Meaning, I got full custody and he has no rights. The process has changed now but it was a nightmare. We started in Canberra, then I moved to Melbourne and had to go through it there. In Melbourne, my daughters were selected to go to China with their school (only 12 kids got to go). He still objected so it got more intense.

In the lower courts, a lot of lies were told by him and since we couldn’t subpoena evidence until later, our case was pushed to a higher court. He had my daughters put on the watch list once the courts made him sign for the passports so they still didn’t get to go to China.

I had to get a full psychiatric assessment because he claimed I had mental health issues. That cost thousands, on top of the lawyer fees. Then in the higher courts, I had to have a barrister too. I also had to pay for the court usage since I was the one who applied for custody. Not only did I have to pay for each day in court but all the preparations.

During all of this, he was harassing us again with multiple phone calls and threats. I had to get a new protection order as my daughters and I were scared. A 5 year, super strict protection order was granted. Our judge on the day was amazing. My ex didn’t show so it was granted and she gave us more than I asked for. We were hoping for 1 year.

Because it was now 2019 and I had left him in 2012 which is when the first report of his violence was made, it was classed as long term, ongoing abuse. So the judge gave the maximum protection she could.

At this stage, I was emotionally and financially exhausted but things were progressing. We were finally able to subpoena evidence from police in multiple states, child protection, teachers, psychologists and other people who had made reports about my daughters against my ex-husband.

When it all came to the courthouse, a lawyer has to go up and go through it all. I had to pay for that time plus the rest of the preparation time. They had never seen so much evidence and it ALL matched exactly what I had said and the evidence I had outlining times, dates, organisations/people involved etc. During this process, his lawyer sent notice that he no longer represents my ex.

Since he never turned up and his lawyer dropped him, he didn’t have to pay for anything. The court made so many allowances for him then finally, in the higher court, we got a great judge who did not tolerate his games. When he didn’t turn up, the court called him, he said it was all too hard and the court ordered him to come to the next one. If he didn’t, a decision and order would be made without him.

Fortunately, he did not show up. The court appointed children’s lawyer agreed with me and the evidence so I was awarded everything we asked for.

But it cost me everything I had. In the end, I even sold off all my furniture and moved out of our house. We planned on travelling full time once court was done, so I didn’t mind doing this. I also had to borrow tens of thousands of dollars from my parents to complete it. Thankfully, my parents could afford to lend me money when I needed it.

From 2012, my daughters needed speech therapy which was expensive. But with everything else that happened then and over the next few years, they needed a lot of other therapy and help too. As did I.

My daughters and I are well adjusted. They are eternally grateful I got them out and got them help so they could process everything.

During the years of abuse and court, my daughters were triggered at times. This meant, with all their needs, I could not work full time in a job. I had to do side hustles or my own business but my time to do it was limited.

From CEO to Freelancer

I sold my company when I was in the bad relationship in Melbourne. He had managed to convince me he was better at everything than I was (despite me speaking internationally and winning awards). I lost all my confidence and had enough.

After that, because of the emotional strain of court, the bad relationship and other issues, I barely coped. Instead, I did what I could as a freelancer, did side hustles and focused on healing my daughters and myself.

With all of that, you can see why I would not want to be in a relationship again. I decided to go for financial independence, travel and have a fun lifestyle with my kids instead. It was fun and my kids loved it. We did it like this for quite some time. Deep down, they both told me they wanted me to be with someone and be happy after they grew up. I was not ready though.

But when Mr Aspiring Millionaire and I met at the end of 2018, the connection was instant and obvious to everyone. I was hesitant, yet despite being in different countries, we got to know each other and it worked.

My work took me back to the Solomon Islands where he was working a few times and after 10 months he quit so we could travel together. We have the same goals, same dreams from childhood regarding finances, investments and lifestyle. I don’t know any couple who matches so perfectly on the big things as we do.

Which brings us to now. We’ve combined our finances and are working towards our future together. Monthly net worth updates are shared here and we have a doubling our money challenge here.

With 4 kids between us, our goal is financial independence as a large family. Not only for us but also our family in Vanuatu and the Solomon Islands.

So basically, I lost my million dollar net worth because of bad decisions with men and ill health. Having the right life partner and being healthy makes a huge difference to mind, body, spirit AND finances. I am so happy to now have a partner who wants the same things in life as I do and is supportive.

In the time we’ve been together, we’ve managed to travel a few countries and a large portion of Australia. We’ve faced bushfires, a cyclone, lock down in another country, repatriation, setting up a new home twice (once overseas and once here). Plus buying a car, visa applications, residency applications and so much more.

Yet, we are currently in a better financial position than either of us could have imagined and have learnt from our mistakes.

What Big Financial Mistakes Have You Made? 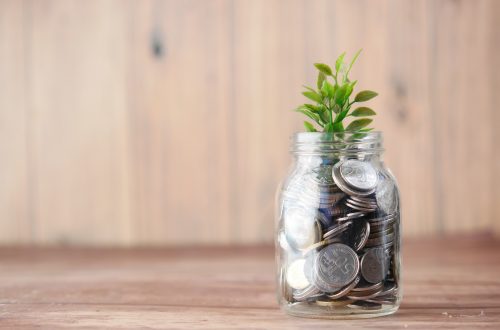 How to Streamline Your Finances 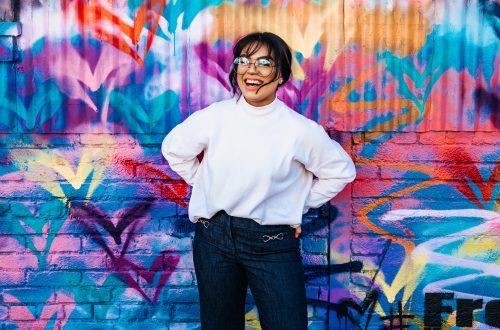 How to Upgrade Your Life on a Budget 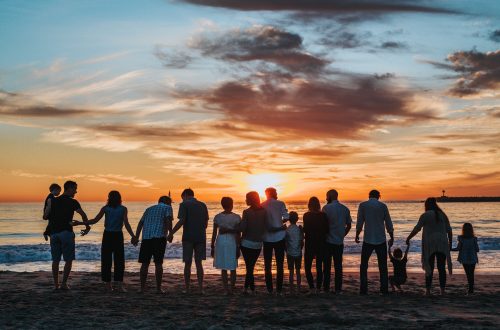 How to Review Goals and Cultural Obligations